A place for everyone

The Jewish Arts Quarter is committed to the people and communities around our neighbourhood, across Melbourne and throughout our state. Delivering diverse benefits is essential to our foundation, development and ongoing operation. 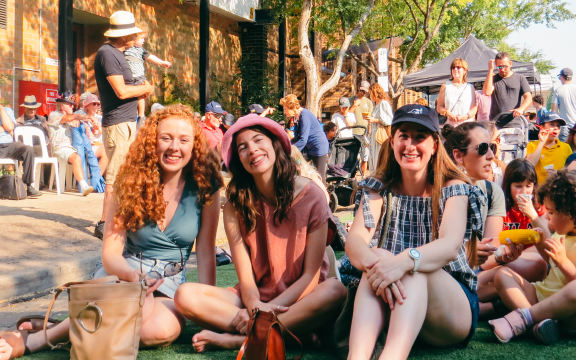 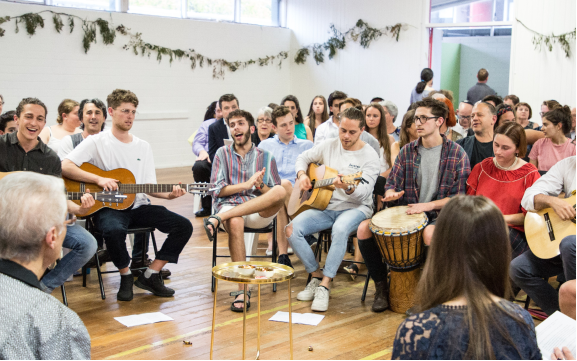 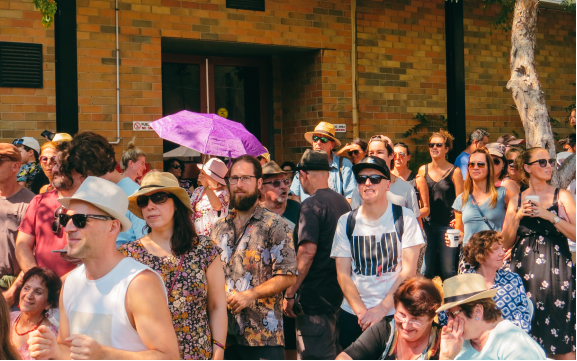 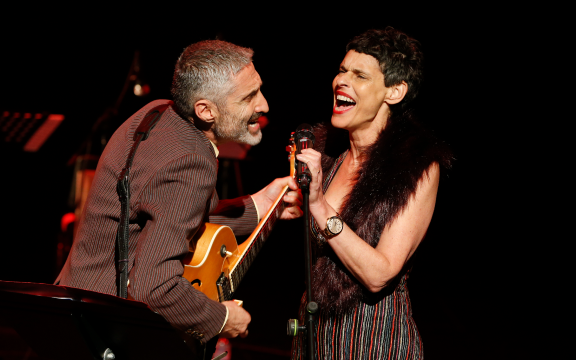 A platform for Events 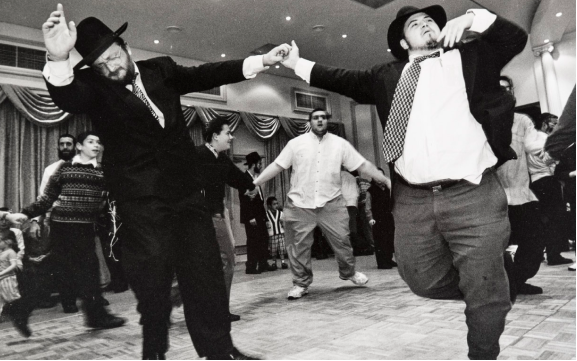 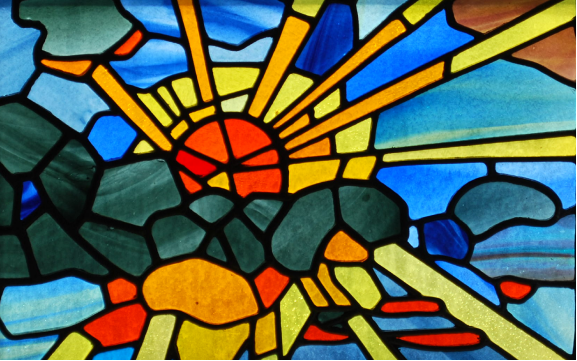 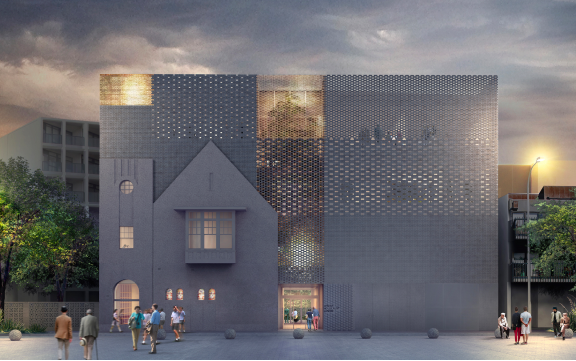 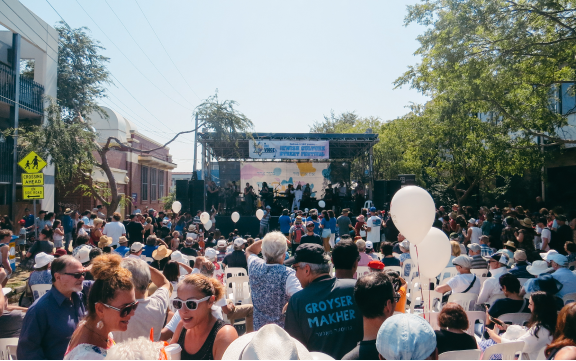 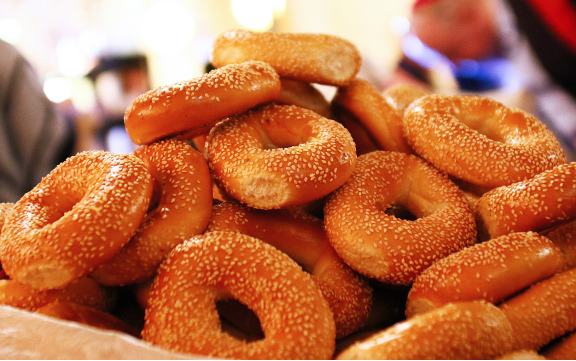 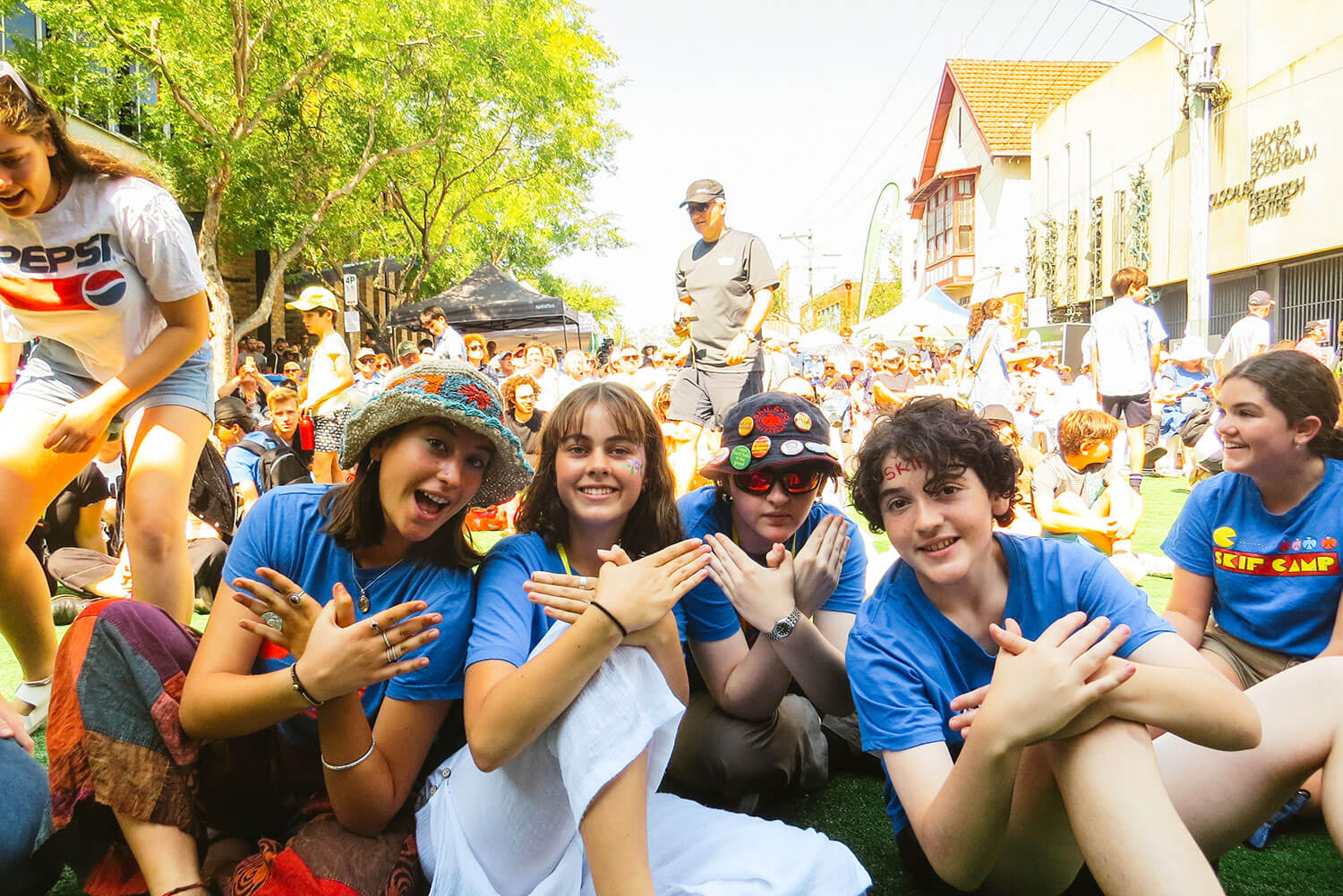 JAQ is a celebration of culture, creativity and community, with a promise to be a place for connection and collaboration.

“The Jewish Arts Quarter will be an important place for the community to celebrate and share Jewish history and traditions – and we are proud to be supporting what will be a wonderful new space.”

“I am incredibly proud to be able to get behind this once in a lifetime opportunity. The positive impact the Jewish Arts Quarter will have on culture, the local economy, tourism, and employment in the city of Melbourne, the state of Victoria and the entire Australian community is exemplary and will benefit all for decades to come”.

"The Victorian Multicultural Commission believes the Jewish Arts Quarter will have lasting positive impacts for this state and nation, and therefore we stand alongside the partners to support this significant project.”

“Projects like the Jewish Arts Quarter have immediate economic impacts as well as long-term cultural benefits for all Victorians. We’re ensuring we have a steady pipeline of projects to create good secure jobs and keep investment coming as we plan the roadmap to our recovery.”

“Congratulations to the Jewish Arts Quarter (JAQ) for creating an Australian 'first' where major cultural organisations will be geographically co-located in a new revitalised space amongst a thriving Elsternwick landmark. The creation of JAQ is a vital community asset that will weave a cultural tapestry through the local area, drawing in new visitation and employment opportunities and a centralised meeting place and public space, and will help stimulate a thriving construction and creative arts industry, helping to bring the Elsternwick Cultural Precinct to life.”

"As a destination, JAQ will have a positive and meaningful impact on our organisation, our participants, our volunteers and the whole community.”

The Jewish Arts Quarter is a bold vision for bringing together some of our community’s leading institutions in one location – a blueprint built around the arts, culture, performance, learning and all things Jewish. This is a once-in-a-generation opportunity for a major new project that will benefit our community for decades to come.”

“Sholem Aleichem College has a history in Elsternwick for over 70 years. The college instils Jewish values for a lifetime in its students and shares in the wonderful opportunity that is the Jewish Arts Quarter. Our students, staff and wider community will benefit from this hub through enriching cultural experiences.”

“We look forward to sharing Yiddishkeit with the local community and the world and engaging in celebrating Jewish life in all its forms.”

“The Jewish Arts Quarter will bring the best of what our community has to offer across art and culture, food and festivals, music, performance and shared experiences from the young and young at heart.”

“Glen Eira is fortunate to be home to a community that is rich in its cultural and linguistic diversity. The Jewish Arts Quarter seeks to celebrate that, by sharing an insight into Jewish life and culture in all of its forms. I commend this project and congratulate the Jewish Arts Quarter (JAQ) for their unrelenting pursuit of strategies that will support and compliment Council’s vision of a dynamic cultural precinct in the heart of Elsternwick – a local cultural precinct of State significance.”

“The Jewish Arts Quarter is an initiative of national significance to celebrate Jewish arts and culture in Victoria. We are excited to support the Jewish Museum of Australia’s vital role in the project and the incredible vision that is making this precinct both a reality and a legacy of enduring significance for the people of Australia.”

“Melbourne could get its own Jewish Lygon Street, showcasing the diaspora’s art, history and culture in the city’s south.”

“Investing in projects like JAQ builds cultural capital, social harmony, cohesion and a healthy and robust economy. JAQ will play a crucial role in stimulating Victoria’s economy in the post pandemic recovery, particularly in developing creative and cultural tourism. It is an exciting project and I look forward to being involved.”

"JAQ is a bold and innovative new project and a once in a lifetime opportunity to bring together the impressive array of Jewish art and culture that is currently being contributed Australia wide. JAQ will provide an inclusive and diverse place that spotlights and celebrates the diversity of Jewish life, a much-needed place to bring people together after such a long time of social distance and isolation."

"The proposed Jewish Arts Quarter (JAQ), developed in collaboration with the Jewish Museum of Australia: Gandel Centre of Judaica, Kadimah Jewish Cultural Centre and National Library, and Sholem Aleichem College, will create a new, one-stop arts and cultural destination in Melbourne.... the project is centered around the creation of a hub that will include museums, education facilities, food, festivals, and open public spaces. Anchored by the Holocaust Museum, the Kadimah Jewish Cultural Centre and National Library, and the Jewish Museum of Australia, the JAQ will host Jewish theater productions and performances, art exhibitions, street busking, and literary events as well as lectures, film nights, and street festivals."